Driving Under the Influence, known as DWI (Driving While Intoxicated) in NY, is a serious crime. The New York State Police has been cracking down sporadically on impaired driving, which has recently resulted in a record 663 arrests in just a two-week period last summer.
The majority of the New York State Police DWI arrests and tickets for the Rockland County area were for violations on the New York State Thruway, the Palisades Parkway and the portion of the Thruway leading up to the GSP in Chestnut Ridge, New York. It should be noted, though, that the State Police have jurisdiction anywhere in the state, including local streets. It is relatively rare, but not unheard of for State Troopers to pull drivers over on small side streets and charge with the traffic violations or more serious crimes. 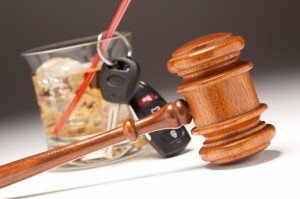 What type of driving behavior will get me pulled over for DWI in Rockland County?

There are many factors cops look for when patrolling for DWI violations in New York, and Rockland County is no exception. These top the list:

What do I do if I’m pulled over for DWI in Rockland County?

In New York, DWI will often result in license suspension, steep fines and even jail time, among other penalties. It is relatively easy to incriminate oneself when answering seemingly “innocent” questions. It is therefore imperative to educate oneself on the do’s and don’ts when pulled over for DWI. Of course the biggest advice is to make certain never to drive when you have just consumed alcohol. Other than that, here are some important rules to keep in mind:

What is STOP-DWI in Rockland county?

STOP-DWI, as the name suggests, is an organization whose mission is to crack down on Driving Under the Influence through aggressive enforcement and collaborative community efforts. The Rockland County STOP DWI office works in tandem with law enforcement, treatment professionals and the public. STOP DWI has steadily increased Rockland DWI arrests in the last few years.In 2004, the Mobile Field Unit was created, in conjunction with STOP DWI and the County Executive’s Office, in which law enforcement can administer breath tests and conduct field sobriety checks to DWI suspects. As a moving DWI enforcement vehicle, the Mobile Field Unit allows law enforcement to conduct breath tests, pull up criminal histories, scan fingerprints and write summonses all in the field. This saves valuable time and has resulted in multiple DWI arrests by several officers across the County.
The Victims Impact Panel works to provide education to the public and DWI convicts of the severe impact DWI accidents have on the family of DWI victims.

In 2014, a total of 867 people were arrested in Rockland County for DWI, compared to 803 in 2013. There were 939 arrests in 2011. These numbers demonstrate that the local law enforcement agencies are intent to steadily enforce DWI in Rockland County.
If you have been pulled over in Rockland County for Driving While Intoxicated, it is advisable to seek the counsel of an attorney experienced with DWI in New York State, contact attorney Zev Goldstein  for a free  consultation at  (845) 371-8457.