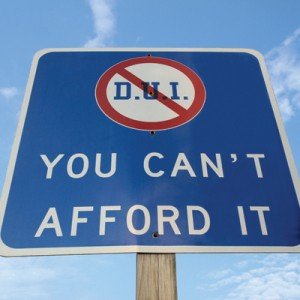 In all the U.S., the State of New York has one of the lowest DWI and DUI arrest rates per capita. While that sounds good on paper, it also means that lawmakers and prosecutors alike have added incentive to try to make each individual arrest “count” that much more. The fines for a DUI conviction can be steep, and the other penalties can be severe.

In New York, a first-time DWI conviction costs a driver an estimated $9500, minimum. Now more than ever, there is a need for experienced DWI lawyers who can push back against a system designedto try to turn your arrest into profit. Without legal help, a driver could be facing up to a 90-day license suspension, a $500 fine, a $750 assessment for the Driver Responsibility Program, and even mandatory jail time. That’s just for a first offense! In cases of a second conviction, the mixed use of alcohol and drugs, or a BAC of 0.18% or higher, the penalties absolutely skyrocket. The fines and surcharges alone can cost thousands of dollars, and the license suspensions and jail time can last months or even years!

As if that weren’t punitive enough, judges are required  to order things like the installation of an ignition interlock device (aka breathalyzer or “blow and go”) onto a vehicle. Many are unaware that these systems can be costly to install and maintain, and that those costs are all paid by the convicted driver. If a judge sentences a driver to probation, for example, then the driver pays a monthly fee for that too. A judge can even sentence a driver convicted of driving while intoxicated to mandatory enrollment in the New York Drinking Driver Program (DDP). The program has its own schedule of fees that–no surprise–you would be forced to pay for as well.

Remember, DWI/DUI conviction is on your record forever. This means that aside from the astonishing financial outlay and up-front costs of a driving under the influence conviction conviction, there are long-term repercussions as well. These go beyond just higher auto insurance rates. They can include the loss of reputation in the community and the potential damage to your employment prospects that can result from a conviction. Teachers are sometimes fired on news of conviction, for instance, or military personnel denied promotion. There have even been cases of parents losing custody of their children in divorce proceedings due to a conviction. Ultimately, it would be a mistake to view a conviction as merely financially expensive, when it can also prove so life-changing.

From exorbitant fines and license suspensions to insurance rate hikes, to longer-term consequences and even jail time, there can be seemingly no end to the punishments doled out to a driver convicted of a a driving under the influence violation. The chance of conviction rises dramatically without competent legal representation, and there’s just too much on the line for you to fight a drunk driving case alone! You need an experienced DWI lawyer who can help. You need Attorney Zev Goldstein.