How to Avoid and Restore a Revoked License

The privilege of driving a vehicle is one that U.S. citizens view as one of the freedoms granted to every adult capable of driving.  This is a misunderstanding. The privilege is just that, and is not a legal right. As such, it can be suspended or revoked by the State, under certain conditions. 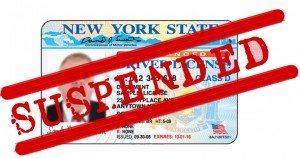 The difference between a suspended and revoked license:

A suspended license is when your license is temporarily suspended, or placed “on hold” for a period of time. A revoked license is when an individual’s driving rights are permanently taken away from him and he cannot again drive in that state without applying for a new license after the revocation period.

Reasons for license suspension and revocation:

Remember: driving is privilege, NOT a right. It should be noted that even if you have a valid excuse for missing a court date, fine, etc., if you are suspended (even mistakenly) and are caught driving, you are subject to arrest and can be charged with a misdemeanor. Although, under the right circumstances the charges may be dropped or reduced later, it will not help you with the police officer who catches you driving. It is far better to avoid a suspension, than to go through the experience of arrest, criminal charges, legal fees and embarrassment.

It should also be noted that under state law, a judge has the inherent power to suspend a license for virtually any violation committed while operating a motor vehicle. This power is rarely used, but it is not unheard of, particularly with very high speeds.

In New York, once an individual’s license is suspended or revoked, he or she needs to receive approval from the Department of Motor Vehicles, who must first review the driving record, before one can successfully apply for license reinstatement.

It is a good idea to hire a traffic lawyer to help avoid receiving a suspension or revocation. Or, you have already received such a sanction, to work hard for your reinstatement or restoration as this will greatly increase your chances of winning back your driving privileges and limit the time that you cannot drive.